Clay Mercer on the web... 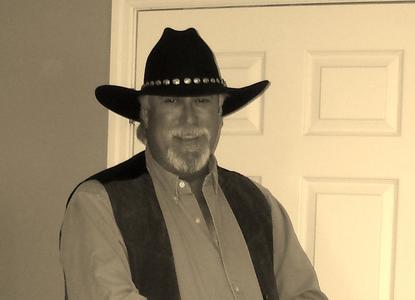 I'm not always nostalgic for the good old days, but it does bother me a great deal that an entire generation is going to look back on our current situation and think of them as 'the good old days.'

I hope  you enjoy.

When I was kid the word ‘trigger’ had two different meanings.  Mostly it referred to Roy Roger’s horse, Trigger.  I can still remember watching the movie where Trigger was born.  The young colt got to his feet so fast, Roy declared, “Well, you’re certainly quick on the trigger,” thus naming the greatest horse that ever worked in the movies.

Twinkle Toes was also the horse John Wayne rode in every movie he made after True Grit.  But nobody ever heard of Twinkle Toes.

The other definition for trigger was the thing we’d pull to discharge a firearm, whether it was a shotgun, a rifle, or a pistol.  As in, “Son, keep your finger off the trigger until you’re certain you’re ready to shoot.”

My Daddy didn’t believe in letting children handle firearms.  Seriously, I was seven years old before Daddy let me carry a shotgun dove hunting.  I was eight before he let me hunt on a dove stand or a deer stand by myself.

Life was simpler back then, you understand.  For the record, when I was sixteen, during the fall, I kept both my shotgun and my deer rifle in my car, which I drove to school, and nobody said a word.  I wasn’t the only boy at school with a gun in my car, either.

These days, when a person says ‘trigger,’ they usually mean something else entirely, especially when it’s used as a past tense verb, triggered.

The Urban Dictionary defines triggered as “getting filled with hate after seeing, hearing, or experiencing something you can’t stand.”

The tricky part, and the operative phrase, in that definition is the part about ‘something you can’t stand.’

So, who are the people getting triggered these days?

Well, it could be lots of people, people from all walks of life and occupations.  A war veteran suffering from PTSD could be triggered by an event that recalls a specific memory from the war zone that the veteran has had difficulty processing in a healthy way.

However, those triggered people aren’t the ones in the news.  Oh, no, as I live and breathe.

The people getting triggered these days are generally some moonbat lefty going whacko over a person wearing a red hat with the slogan “Make America Great Again.”

Strangely, nobody seems to get triggered when I wear my MAGA hat out in public.  Do you think it has anything to do with the fact that I’m six feet tall, weigh 250 pounds, and generally carry a .45 automatic on my hip?

Ben Shapiro, scheduled to give a speech at Boston University, triggered a number of members of a student group, who objected to the contents of a speech he hadn’t even given yet.  It may take me a while to wrap my mind around that concept.

“I don’t know what that son of a bleep is going to say, but I hate it.”

To me, that sounds exactly like something one of my daughters (pick one, it doesn’t really matter) would have said anytime between the ages of thirteen and sixteen.

If that sounds childish to you, well, you’re not alone.  Let me assure you.

Next week, how to pick a good deer stand using a Ouija Board and a half ton of shelled corn.